Query runs slow, all threads are stacking for ages during peak time, application suddenly started run slower than before, ... This is long and not complete list of performance issues you can experiment. Are you curious why your MySQL installation does not work so fast as you wish to? In this session I will demonstrate troubleshooting techniques which can help you to solve common performance problems. We will study why query runs slow on itself, how concurrent connections affect performance, effects of hardware and operating system enviroment as well as influence of MySQL server options. I will prefer to use built-in instruments and tools which come together with MySQL distribution as higher available, but don't stack with them and also discuss those great third-party tools which have not analogues. You will learn how to choose a method best suited for particular problem and effectively use it. 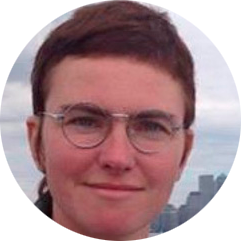 Sveta Smirnova works as MySQL Support engineer since year 2006, she is author of the book "MySQL Troubleshooting" and author of JSON UDF functions for MySQL.

In years 2006 - 2015 she worked in Bugs Analysis MySQL Support Group in MySQL AB, then Sun, then Oracle. In March 2015 Sveta joined Support Team in Percona. In years 2012-2015 she worked on bugs priority. She was also Support representative in MySQL Backup Development Team. She works on tricky support issues and MySQL software bugs on a daily basis.

Before starting at MySQL in 2006, she worked as web developer on several closed CRM systems. In years 2012-2015 she worked on MySQL Labs project "JSON UDFs for MySQL". She is active participant in the open source community. Her main interests in recent years is solving DBA problems, finding ways to semi-automate this process and effective backup techniques. Sveta is author of the book "MySQL Troubleshooting")